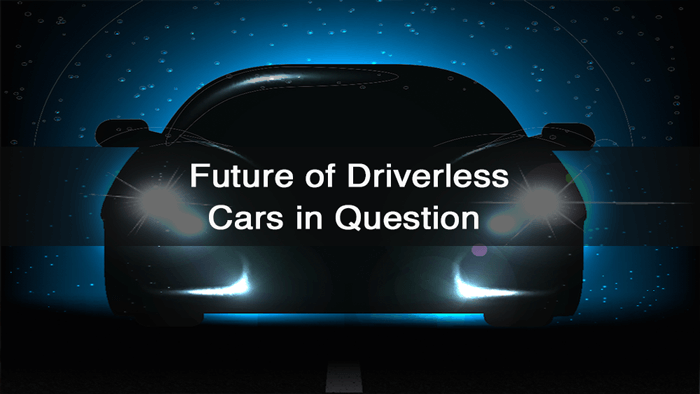 In 2009, Google launched its top secret autonomous vehicle project with the goal of delivering a driverless car by 2020. Over the last decade most major auto manufacturers have successfully incorporated many nifty Advanced Driver-Assistance Systems (ADAS), like parking assist, in their top-selling models.

But how close are we to seeing Google’s 2020 goal realized? Are we finally on the cusp of having that autonomous vehicle revolution we’ve all heard so much about?

Not quite. At this point, driverless cars have a long way to go before they can become the norm on our roadways. Recent challenges for self-driving automobiles point to the need for ongoing research and development. Over the last decade there have been major failures with the ADAS equipment, two fatal accidents, and additional challenges created by inclement weather conditions.

Each of these aspects of autonomous car development will need to be perfected before this potentially $7 Trillion business finally gets off the ground. Make no mistake, a multitude of companies are working day and night to figure out sound resolutions that will put fully autonomous cars into mass production.

In the meantime, the reality is that insurance rates will not be impacted anytime soon by the driverless car market.

Find the Cheapest Auto Insurance Near Me

Driving Without a Brain

The concept of a self-driving car is intriguing because it eliminates human error, as well as various unpredictable human behaviors like speeding or texting while behind the wheel. However, ADAS programming doesn’t currently have a feature that helps prepare the vehicle to respond when fellow human drivers act erratically on the road.

Human drivers often leave self-driving vehicles confused as to how they should react in traffic when humans go rogue. The fact that ADAS programming does not possesses any common sense has actually caused quite a bit of frustration.

For example, neighbors in the Phoenix, Arizona suburbs have expressed their concerns with Waymo’s driverless test vehicles. In fact, some citizens have said they “hate” the autonomous test cars and have even illegally driven around the vehicles.

Since 2017 Waymo (a subsidiary of Google’s parent company, Alphabet Inc.) has logged thousands of driverless miles throughout the country, including Arizona. Unfortunately, these test runs have not always gone smoothly. It’s been reported that self-driving autos stop abruptly in traffic when seeking an opportunity to merge or turn. Waymo self-driving cars also struggle while proceeding through busy intersections and frequently come to a complete stop as a result.

The below video is a perfect example of the Waymo vehicle’s struggle to understand and keep-up with human drivers.

ADAS technologies, such as back-up cameras and radar, are used in self-driving vehicles, same as they are in “regular” models.

However, fully autonomous vehicles rely even more on ADAS since they can’t pass control to a human driver or signal a human driver to take the lead. Essentially the ADAS capabilities in an autonomous model are driving the car.

So if the ADAS in a driverless car is insufficient then the vehicle is in a lot of trouble. Based on the latest road tests, ADAS may have a long way to go before self-driving automobiles are 100% road ready.

Case in point: recent studies conducted by The Insurance Institute for Highway Safety (IIHS) and AAA both detail the clear failings of autonomous car applications.

On the Society of Automotive Engineers (SAE) International Scale both features are categorized as only a Level 2 (partial automation) rather than the maximum Level 5 (full automation).

The IIHS results were quite surprising:

The test vehicles used by AAA labored when encountering even moderate traffic, curved streets, and busy intersections. Almost 90% of driver intervention was needed because the car simply could not stay in its own lane. Plus, AAA’s study detailed multiple times when the vehicles did not adequately brake and abruptly changed speeds.

Driverless Cars Cause Fatal Accidents Too

One of the biggest expectations for the introduction of fully autonomous vehicles is the capability of saving lives. After all, most fatal accidents are a result of human failure. If this factor could be eliminated then, the logic follows, deadly crashes would become obsolete. Unfortunately, two fatal accidents involving self-driving vehicles set the driverless car industry back quite a few steps.

In 2016, a Florida man died while riding in a Tesla set to its Autopilot feature.

Even though the Uber automobile was being driven under the speed limit and a safety driver was onboard, the fatal accident still happened.

The Weather Forecast for Driverless Cars Is Partly Cloudy

Another concern, albeit less pressing than some of the others reported, is how inclement weather negatively impacts the ADAS functions of a self-driving automobile.

Precipitation like snow and rain causes lidar laser lights to splinter. Cameras do not capture clear images when fog or snow occurs. GPS becomes spotty when the weather is poor. Radar isn’t able to clearly define obstacles in the roadway unless the skies are dry and clear.

To resolve these types of equipment issues, industry leaders are working diligently to get vehicle technology that will “think” logically.

The idea is to use special programming called “sensor fusion” which will assist the autonomous car to evaluate all application data and only use the best information to perform properly.

Of course, this bad weather solution may take quite a while since most autonomous car businesses are quite busy solving a long list of other problems.