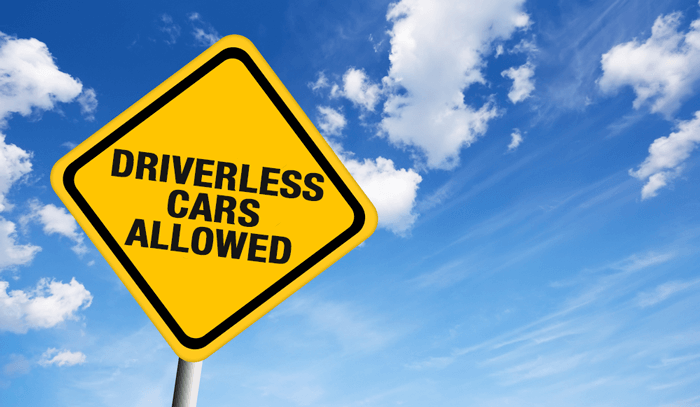 Florida lawmakers wrapped up their 2019 legislative session by passing some interesting new statewide rules like allowing citizens to plant vegetable gardens in their front yards and a school “safety” program allowing teachers to carry guns.

In addition, the Florida Legislature passed Senate bill, SB 932, legalizing throughout the state the use of fully autonomous vehicles without a human back-up driver. The law goes even further by allowing residents of the Sunshine State the ability to hire self-driving cars through “on-demand autonomous vehicle networks.” In other words, SB 932 grants Floridians the ability to freely order-up a self-driving car via applications like Uber and Lyft.

That’s probably not very surprising when you take into consideration that Uber fiercely championed SB 932, as well as the equivalent Florida House bill HB 311. State records show Uber commissioned four lobbyists to work with Representatives on the House bill alone.

Following the bill’s passage on May 1, the rideshare giant released an enthusiastic corporate statement thanking Florida lawmakers for their hard-work and for their help in welcoming statewide self-driving technology.

Not everyone was jumping for joy after SB 932 passed. This new law is actually a nightmare for many rideshare drivers who have always feared being replaced someday by automated vehicles. Are these drivers-for-hire just being paranoid or is there some validity to their worries?

The concerns expressed by rideshare drivers seem legitimate when you consider Uber has lost a staggering amount of money, most of which was paid to their drivers. So isn’t it possible that Uber is simply seeking creative ways to maintain a profit?

Uber, a highly valued U.S. tech company, continues to lose money year after year. For example, two years ago Uber reported a whopping $2.2. Billion in losses and in 2018 the company went on to lose another $1.8 Billion. Now that new CEO, Dara Khosrowshahi, has taken the company public, it’s more important than ever for Uber to develop a winning sales formula.

Confidential documents leaked in 2015 revealed that Uber paid their drivers $2.72 Billion in just the first half of that year. Although Uber’s revenue has grown between 2015 and now, their driver fees continue to eat up profit margins. In an attempt to retain some of that cash, Uber began taking up to 30 percent of each driver’s fare.

Obviously getting the green-light to introduce autonomous vehicles in states such as Florida means holding on to a whole lot of cash that Uber normally passes along to drivers.

You can bet, Uber’s efforts to get Florida SB 932 passed was very important to the rideshare corporation. However, it’s not only Uber that’s interested in saving money by switching to driverless automobiles.

Last June a news report, published by the Verge, revealed Uber, Lyft, Google, Ford, Toyota, Chrysler, FedEx, and the American Trucking Association joined forces to establish a 501(c)(6) nonprofit. The collective mission of this alliance (officially known as Partnership for Transportation Innovation and Opportunity) is to study how autonomous vehicles may impact human employment.

In other words, each of these transportation titans decided they need to know, understand, and prepare for self-driving autos to take over their industry and eliminate the need for people.

Last year the nonprofit released a vague statement saying, in part, they wished to plan for the transition to a future of driverless cars, as well as open up talks with concerned stakeholders (i.e. drivers) in what to expect when safely making this transition. Of course, professional drivers fear the talking is over and most of these transportation companies already have a plan for their bottom line that doesn’t include human workers.

In addition to participating in the non-profit group, Uber also continues conducting their own independent study of self-driving autos. In May 2018 Uber’s program was briefly halted after one of their self-driving Volvo SUVs killed a pedestrian. The company was not found liable for the accident. After letting some time pass, Uber relaunched its autonomous vehicle research in Pittsburgh and all through Arizona.

Most experts advise Americans are about 10 years away from seeing the dawn of driverless rideshare cars. Auto manufacturers have a while to go before perfecting the technology needed to make these vehicles road worthy. In fact, the auto industry will need to perfect six levels of Automated Driving Systems (ADS) before flooding the streets with driverless vehicles. Right now car makers have only achieved the third ADS level.

As far as Florida Senate Bill 392, residents are awaiting the official stamp of approval from Governor Ron DeSantis.

Are Men Still Paying More for Car Insurance than Women?
Do men really pay more than women for auto insurance? Learn what is being done to level the playing field.
Tesla to Insure Its Own Cars