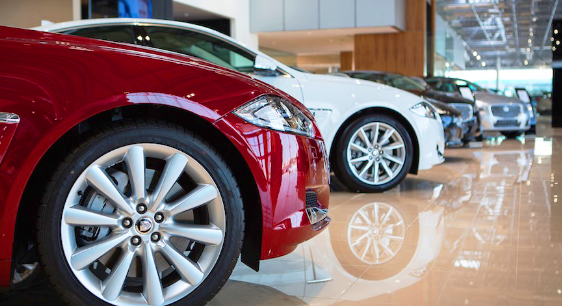 Over the years, the type of cars thieves target has changed considerably. In the past, new cars were prime targets for car theft because of their high resale value.

As the following NICB video points out, a partial explanation for this new trend is that cars now come off the factory line with built-in theft deterrents, such as sophisticated key code systems. Since this makes newer cars much harder for the bad guys to steal, older cars with less sophisticated or even non-existent theft deterrent systems, have become their new prime targets.

Thus, if you are in the market for a car and you’d like to avoid your car being a theft target, you may want to considering purchasing a car manufactured no earlier than year 2000, especially if you are interested in a Honda.

According to NICB, the total of older model Honda Accords and Civics stolen in year 2012 were a whopping 86,471. That’s 11 times more than the next most stolen make and model, 2004-2006 full sized Ford pickups, which totaled only 7,094 total thefts.

Keep in mind that since older cars are now the new targets, you might want to re-evaluate whether or not you should have full coverage insurance insurance on your automobile. Full coverage always includes comprehensive coverage, which will reimburse your financial loss if your car is stolen.

Of course, if you own a new, expensive car you will still want full coverage to protect your costly investment. However, now that older models are becoming such attractive theft targets, owning an older model car might actually make you a prime candidate for a full coverage policy.

It’s always worth considering the risk vs. cost ratio because comprehensive coverage for an older, lesser valued vehicle costs a lot less per month than it does for a new, expensive car. Since replacement costs for an older model are less, a full coverage policy might cost a lot less than you assume.

This is why it’s always worth getting a least a couple full coverage quotes before you settle on any car insurance policy.

Other Forms of Theft

There is also a large group of thieves who are not interested in stealing the actual car but rather valuables found inside the car because doing this is so incredibly easy. Simply break a window, reach in, grab whatever items are inside and run away.

Unfortunately, car insurance doesn’t cover items such as computers or handbags. For that you would need Homeowners or Renters insurance.

Regardless whether or not you have Homeowners or Renters insurance, to avoid the hassle of replacing a smashed window and personal items, it is always advised that valuables such as phones, GPS, handbags etc. are never left in plain sight or, ideally, never left in the car in at all.