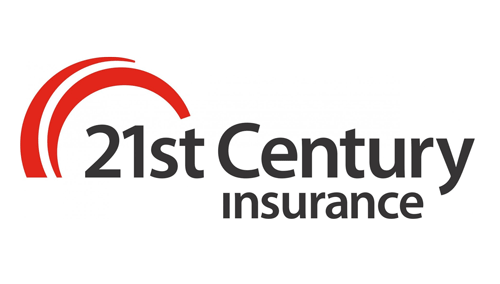 21st Century Insurance, a subsidiary of Farmers, sells low cost auto insurance nationwide. The carrier is financially sound but does have mixed customer satisfaction reviews. Budget-friendly drivers should look at what 21st Century can do for them.

Based on financial information published by the National Association of Insurance Commissioners (NAIC) it’s evident the specialized carrier has plenty of cash available. For example, 21st Century has reported $1 billion in assets and $520 million in direct written premium. In addition, their parent company (Farmers) also has deep pockets reflected by a whopping $17.4 billion in corporate assets, $4.4 billion in capital and surplus, as well as $5.1 billion in premiums. That’s plenty of collective cash to keep 21st Century financially solvent for many years.

Since 1962, 21st Century Insurance has received positive A.M. Best Financial Strength Ratings (FSR). The carrier’s most recent A.M. Best FSR is “A (Excellent)” and the company is considered “stable”. The auto insurer also earned a Standard & Poor’s “A+” financial rating. Finally, you must remember that 21st Century is backed by an organization that maintains extremely high financial marks. Of course, Farmers must attribute a small portion of their fiscal success to 21s Century premiums.

The auto carrier advertises that “in 7 minutes you could save $371 on car insurance”. Of course, in the fine print, this total savings amount is specific to motorists switching from another insurer. Some pricing studies indicate that only certain demographics (think single females) will find 21st Century rates to be inviting. Other independent rating tests have shown that overall 21st Century premiums are about 32% below the average. This means the auto insurer is even cheaper than direct-to-consumer giant, Geico, which can only brag about a 27% below average premium trend.

As with any insurance policy, it’s best to compare multiple quotes alongside each other before making a down payment.

The carrier strives to make things simple, including getting a free quote. Shoppers can call 21st Century toll-free (1-800-716-9250) or fill out the electronic quoting form posted on their website. Also, drivers have the choice of stopping in at one of the 21st Century storefront locations for a free quote from a licensed insurance agent. Finally, motorists may opt to go through the 21st Century mobile app to get an insurance quote.

The Better Business Bureau (BBB) has not accredited 21st Century despite the many decades they’ve been selling insurance. In any case, the auto carrier does have a total of 46 BBB consumer complaints. The complaint types break down as follows: policy delivery (2%), guaranteed/warranty (4%), advertising/sales (6%), billing/collections (24%), problems with product (64%).  Of the published complaints, there are only a half dozen with details included. Those complaints categorized under the “problems with product” category, there are a variety of issues including multiple complaints about a $50 cancellation fee, refund issues, and dissatisfaction with claims resolution.

The NAIC published multiple stats about 21st Century Insurance. Of most interest is the car insurer’s customer complaints of record. We’ve analyzed the data for you and found that overall 21st Century has an average amount of insured criticisms as their competitors. Total number of complaints filed against the company are as follows: 49 (2019), 41 (2018), and 42 (2017).

Despite the less than impressive NAIC consumer complaint index results, 21st Century did receive the ACE (Achievement in Customer Excellence) Award. This recognition is given to companies that “provide outstanding achievement in customer and employee satisfaction”.

The insurer can utilize their relationship with Farmers by running all claims through the Farmers HelpPoint claims processing system. However, 21st Century handles claims customer service independently by using their own claims adjusters and service representatives.

To file a new auto, claim any time day or night, the insurer gives a few different options, including:

The NAIC reports show that insured complaints about claims handling is the auto carrier’s predominant issue. Although it is worth noting that the percentage of complaints about claims has decreased by quite a bit between 2018 and 2019. Here’s the percentage of total 21st Century complaints that were particular to claims: 88% (2017), 84% (2018), and 48% (2019). We must take this decrease in claims issues as a positive sign.

The insurance company’s relationship with Farmers means you’ll have the ability to create a combination of 21st century auto and Farmers home coverage that will earn you a discount. In addition to the multi-policy discount, you should check with a 21st Century agent about the below options.

You can purchase a 21st Century auto policy in almost every state, including the District of Columbia (DC). Whether you only need a comprehensive plan or require an SR-22 filing, 21st Century will most likely have what you need coverage wise.

There are only scant descriptions provided on the company’s website. Below are the coverages we understand to be part of 21st Century’s product portfolio.

For more than six decades, 21st Century has protected American drivers needing low cost and straightforward coverage. Since the insurer is financially sound and has access to the deep pockets of Farmers Insurance, drivers can feel confident that 21st Century isn’t going anywhere soon and has plenty of money to fulfil their obligations. Of course, we must keep in mind that 21st Century has earned mixed reviews when it comes to customer satisfaction and claims processing. Bottom line: if you are looking for a budget-friendly auto carrier, then it’s certainly worth getting a quote from 21st Century.